Cuyahoga Valley National Park was established as a recreation area 46 years and 10 months ago. And for 46 years and nine months, thrill seekers in northeast Ohio have claimed part of the park is haunted. A listener asked our “OH Really” team to learn more about the legend of Hell Town.

Few people remember Robert Blake’s television series “Hell Town”, and with good reason; it only lasted a few weeks in the mid-1980s. But say “Hell Town” to the people of northeastern Ohio, and it might conjure up images of Cuyahoga Valley National Park. Specifically, a part centered in what is now the village of Boston.

“My name is Lance Wilfred. I am from Creston and Uniontown, Ohio. My question is about Hell Town. It collapsed some time ago where no one lived there. I went there with a few friends and always wanted to know more.

To give him answers, I went straight to the source. Rebecca Jones Macko is a CVNP Ranger, with a background in folklore and public history.

Jones Macko says every urban legend probably begins with a grain of truth. And in this case, it started in the 1970s when the government started buying property in what was then the Cuyahoga Valley Recreation Area.

“Unfortunately, while we were purchasing these properties, we had no plan in place of how to manage them,” she said. says, ‘No trespassing.’ People were like, ‘Well, what’s going on? We all love a good story, and if there isn’t enough information in place, soon an urban legend will migrate to the area.

The CVNP acquired the 40-acre Krejci landfill in 1985. This photo was taken shortly after. The EPA removed about 1,000 barrels of paint – many of which were leaking – as part of the clean-up effort, which spanned decades. The landfill’s Superfund status spawned myths of a mutant creature preying on visitors to Hell Town. [National Park Service]

One of the legends was that the government was buying the properties because of a chemical spill. Jones Macko says this has only a weak connection to reality and to an issue that was not resolved until decades later.

“There was a Superfund site within the zone boundaries. There was the old Krejci landfill. And then just north is the Jaite Paper Mill. And by testing the soil for these two products, we find very toxic chemicals, ”she said.

The story of the dump even gave rise to rumors of a mutant going after anyone unlucky enough to walk through the park at night. There was also the bridge where you can supposedly hear a crying baby, a myth that Jones Macko says appears in the stories of many haunted or abandoned towns. There was also the one for the hearse, which was supposed to follow people through town. They were actually rangers in their official park vehicles, encouraging thrill seekers in Hell Town to get around after dark.

The road to nowhere

Jones Macko says that “The Road to Nowhere” or “The Disappearing Road” is really just Stanford Road.

“The road was abandoned at one point, I think, in the early 1980s. It was abandoned by Sagamore Hills,” she said. “If you could imagine being a teenager in 1982 driving this road. Imagine being in that big, old Mercury Marquis, and you get off and there’s a sharp turn and your headlights go out in the dark. At first glance, in that first second, there doesn’t seem to be a road there. “

This noise is not that of teenagers in a sand yacht, it is that of semi-trailers passing at full speed on the toll highway. Interstate 80 passes over this section of the national park, the supposed center of Hell Town.

I went there last week and met a couple from Westerville: Katie Cremar and his wife, also named Katey, who were hiking.

“Do you find anything haunted in this region?” “

“So far, we haven’t seen anything yet.”

“No not yet, but anything is possible.” 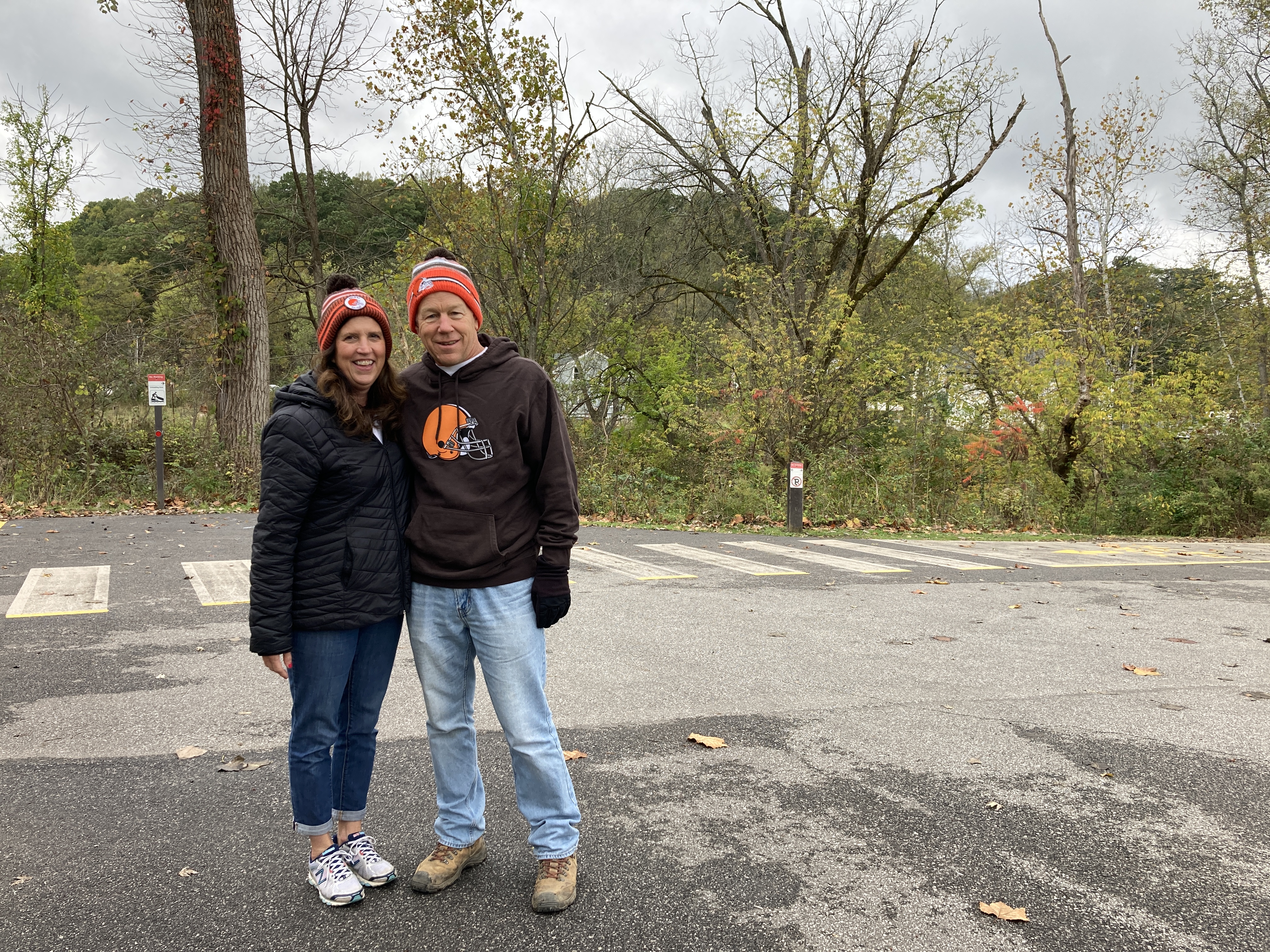 The Sachleben of Medina County visited the park just before Halloween. Although they had been in Northeast Ohio for decades, they had never heard of Hell Town. [Kabir Bhatia / WKSU]

Later, I met Kathy and John Sachleben from Medina County. I asked if they knew Hell Town.

“I’ve never heard that. The only thing I’ve ever heard are beautiful things because people love the park. Wow, ‘Hell Town’?”

Not haunted by ghosts

Jones Macko says the only dread is for residents who are unhappy with Hell Town’s lingering reputation.

“What would haunt him is the fact that they lost so many of their neighbors when the land was bought. And it’s haunted by late night thrill-seeking teenagers in Hell Town who speed through town, ”she said.

So, it can’t be said that Hell Town is gone, because he never physically existed except in gossip, rumors and myths. But to learn more about the park’s actual haunted history, next month the CVNP is hosting a program called “Train Wrecks, Shipwrecks, and Scary Tales.”

The theme of the ephemeral series “Hell Town” is available here: