Stay at a hotel whose hot spring mineral water is pumped directly to your room.

Take a beer bath (a sample of each draft beer) at Superior Bathhouse Brewery, the first brewery in a national park and the only brewery to use thermal water as the main ingredient in its brewed beer or root beer.

Walk the Great Walk along the lower western slope of Hot Springs Mountain to find numbered green boxes, part of the system used to collect approximately 700,000 gallons of thermal water flowing from the mountain each day. As you walk, spot the rising steam for a chance to see viewing springs or a stream of hot spring water flowing down the mountain.

Fill bottles with tasty – and tested – water so you can “drink the elixir” at home. There are several thermal fountains and cold fountains throughout the park and downtown.

Hot Springs National Park turns 100 this year, although its federal protection predates many other parks. Congress established the Hot Spring Reserve in 1832 to preserve the 47 hot springs that were sacred to Native Americans and then used by European settlers seeking relief from a chronic illness or health problem, and ultimately considered a health and wellness destination visited by celebrities, well-known athletes and gangsters.

Spring water begins as rain falling on nearby mountains and takes about 4,400 years to travel about 6,000 feet deep into the Earth before reappearing in hot springs. Rudimentary public baths were built in the 1800s and replaced with brick and stucco structures in the early 1900s. Industry declined in the 1960s and eight historic public baths remain on Bathhouse Row today. all built between 1892 and 1923.

Visiting Hot Springs National Park offers a mixed nature and urban experience. At 5,500 acres, the park is the second smallest of the country’s parks; only Gateway Arch National Park in St. Louis is smaller.

The park’s densely forested hills surround historic downtown Hot Springs, a town about 50 miles southwest of Little Rock. The area is in the Zig-Zag Mountains, a section of the Ouachita Mountains of central Arkansas and eastern Oklahoma. The sharply angular folds of the rock seen from above give the section its name.

The park is free and has 26 miles of hiking trails. Its Pullman Trail, the only trail in the park that allows bicycles, connects to the city’s Northwoods Trails. You can also explore via two scenic routes: one climbs the northern mountain and a second takes you up the western mountain. There are plenty of lookout points and don’t miss the view from the top of the 216 foot Hot Springs Mountain tower.

Did all of the above and hiked one of the shorter trails accessible from downtown, but spent most of my time along Bathhouse Row.

Designated a National Historic Landmark in 1987, Bathhouse Row covers approximately six acres, including the wide driveway along central avenue lined with magnolias, the eight historic public bath buildings and their manicured lawns, and the Grand Promenade a half mile between Bathhouse Row and Hot Springs Mountain.

You’ll want to visit each of the eight public baths, which now belong to the National Park Service. All but one are operational, and you can enter at least everyone’s lobby at no cost to see exhibits about the building’s history.

Start with a visit to Fordyce Bathhouse, which was extensively restored in the late 1980s and is the free visitor center for Hot Springs National Park. You can talk to a ranger, get maps, and visit several stories of rooms that were restored to their original condition when the public baths opened in 1915. You’ll see original marble and stained glass everywhere, as well as interesting exhibits and artefacts showcasing the early hydrotherapy technique. 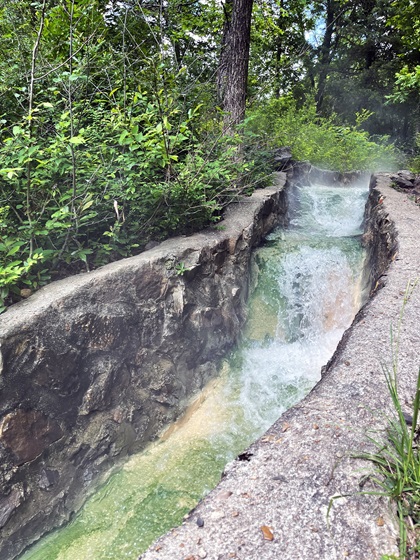 Ozark Bathhouse is now the cultural center of Hot Springs National Park with free gallery exhibits for the park’s Artist-in-Residence program and other temporary exhibits. It is normally open on Friday, Saturday and Sunday afternoon.

Check out the Bathhouse Row Emporium in the Lamar Bathhouse. This is a great gift shop operated by America’s National Parks, the proceeds of which support our national parks. I bought 100th anniversary glass jugs here to fill them with spring water before I left town.

Many people are surprised to learn that there is no possibility of outdoor swimming in the park. Make an appointment or take a bath in one of the two original structures of public baths that currently function as public baths. Buckstaff Bathhouse is the only one to operate continuously since its opening. If you want the same experience as the 1912 visitors, this is the one for you. The public baths use the original bathtubs and fittings and offer a traditional bath package.

I opted for a more modern experience at the Quapaw Bathhouse. This is a full-service spa and for $ 20 you can don a swimsuit and swim in the public indoor thermal mineral water pools. The day I was there, all four pools ranged from 96 degrees Fahrenheit to 104 degrees Fahrenheit. The Quapaw Bathhouse also offers private baths and, in the absence of the pandemic, they offered a popular steam cave experience where you can relax in naturally flowing 143 degrees Fahrenheit water from a spring that is said to contain l one of the highest mineral contents in the region’s springs. 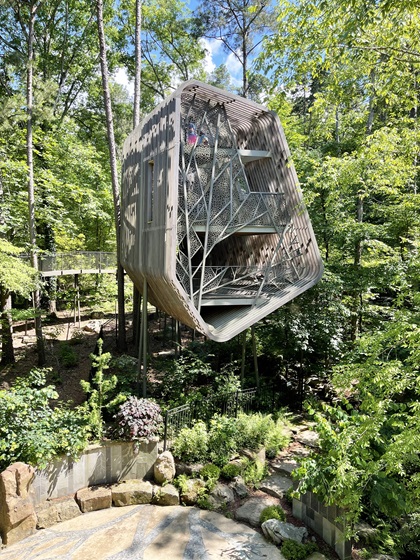 Hale Bathhouse, completed in 1892, is the oldest visible structure in the row. It reopened in 2019 as a boutique hotel with a mid-century modern flair. The Hale Hotel has nine suites, each with a large tub and direct pumped hot spring mineral water, as well as a restaurant open to the public.

The upper red brick bathhouse was built in 1916 and was the smallest in the row, offering affordable hydrotherapy and massage treatments. Now it’s the Superior Bathhouse Brewery, which offers a family-owned brewery menu, as well as flights and pints of craft beer using National Park water.

Across from Central Avenue from Bathhouse Row, you’ll find a mix of restaurants and retail outlets, many of which are still in their historic buildings. Among them: the Gangster Museum of America offers a one-hour guided tour of claiming Hot Springs as the original Sin City; The Arlington Resort Hotel and Spa has been known for its rich, famous and infamous guests over the past 150 years; the Ohio Club is the oldest bar in the state; and the Legendary Vapors reopened in 2020 as a performance venue with its original bar that served elected officials, movie stars, and gangsters. Almost all of them have a story or two about being notorious gangster Al Capone’s favorite spot.

You can easily spend a weekend in the historic downtown and national park, but you’ll want to come back to explore other parts of this Arkansas city. Visitors come to the Oaklawn Racing Casino Resort and the 210-acre Garvan Woodland Gardens, as well as family attractions, from lakes and state parks to the Mid-America Science Museum and the 210-acre Garvan Woodland Gardens. 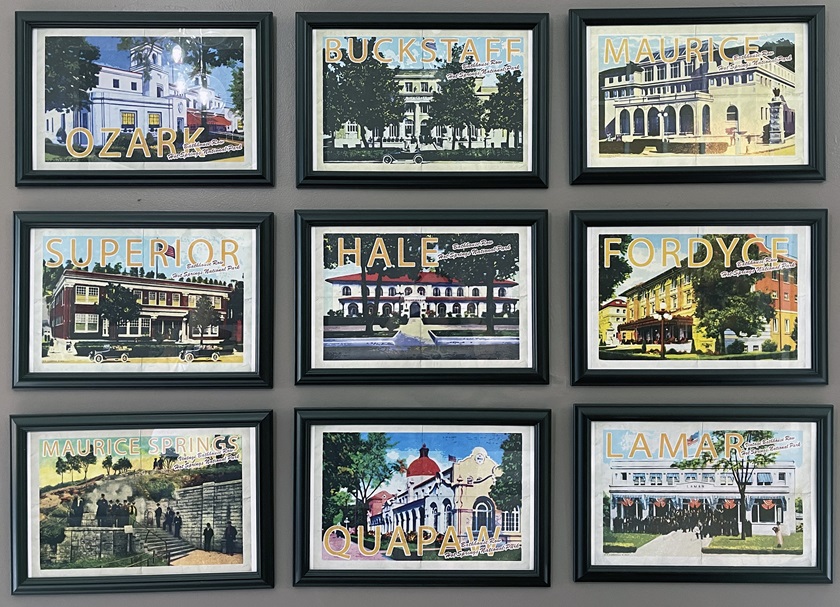